I'm writing this post on Sunday morning. When it goes live on Monday, we will be under a hurricane warning. Thanks a bunch, Sandy.

Here on the east coast, the media hype started three days ago. They say this storm will be EPIC. By now, the local A&P is probably sold out of water, milk, and bread, and the Home Depot and Lowes stores in the area have probably made a killing on generators.

We can't be too careful. Last August, when they were hyping Hurricane Irene, I poo-pooed the whole thing. We live 60 miles inland and in the mountains. Surely, they were talking about the people on the coast...Well, 6 downed trees on our property and 10 days of no water or power later, I was a believer.

Our town flooded (thankfully, our repair shop was built on a slight knoll) and people were either flooded or stuck in their homes for days.

So, when I walked outside this morning and saw this in the sky: 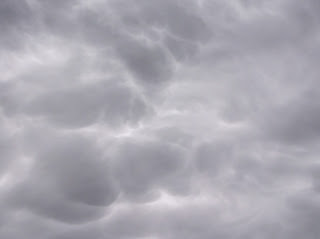 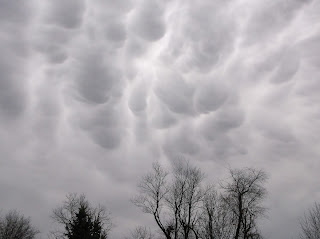 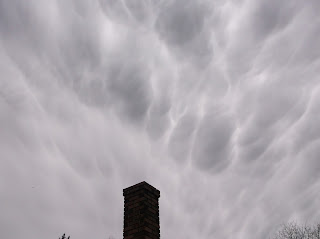 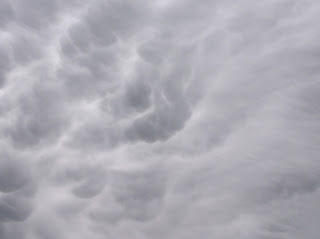 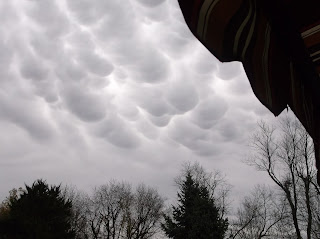 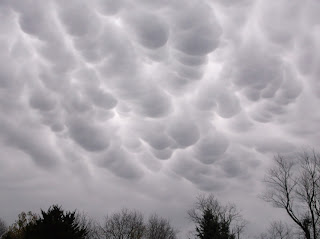 And this map on The Weather Channel: 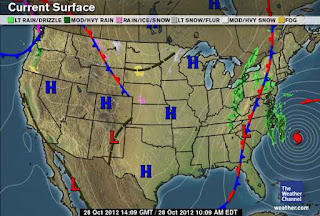 Can you see the storm from the west heading toward NJ? Yeah, that should collide with Sandy soon.

I figured we'd better batten down the hatches.

Stay safe, everyone!
Posted by Denise at 8:00 AM No comments:

A Costume Party With Prizes!

Halloween is 13 days away! It's my favorite holiday. Yup, even more than Christmas. I LOVE dressing up and I just squee with delight when I see little children in costume.

This year, John and I are going to my friend's 50th birthday bash. Costumes mandatory. Know what we're dressing up as? 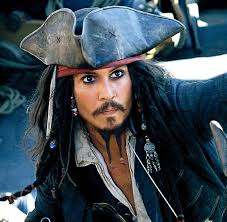 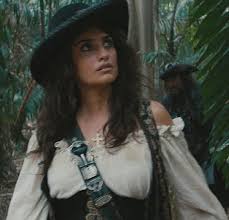 Of course, we won't look exactly like them, but we can pretend. I'll post the photos after the party.


In the meantime, I thought it would be fun for all of us to have a Costume Party!


Here are The Rules:

1. Dig out a photo of yourself dressed up in your favorite costume.

2. E-mail it to me at deestan62 at gmail dot com. (My address is written that way to confuse spammers.)


Here is The Prize: 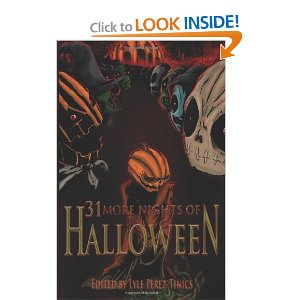 The photo that gets the most 'likes' by midnight on October 30th will win a Kindle copy of 31 More Nights of Halloween.

Doesn't that sound like fun? Invite your friends to join in and make sure you tell them to vote for your photo.

I'm sure some of you have one of those online friends--someone you only know through the cyber-world. I met Courtney Rene, or 'Cornty' as the people in Starbucks like to call her, back in 2008. She posted a story, which I loved, in a forum on the Institute for Children's Literature, and we became writing friends, swapping manuscripts for critique, offering advice, and sharing markets. Now, Courtney Rene is the author of FOUR YA novels!

When she e-mailed me, saying her family was coming to New York, I jumped at the opportunity to join her for a day in the city. This get together has been two years in the making. We had also planned to meet up Cindy, a fellow writer who lives in New York, but Cindy couldn't meet us until later in the day and unfortunately, Courtney and her family had evening plans. We missed you, Cindy!

In my younger days, I worked in various jobs all over downtown and midtown NYC. Since moving to Blairstown, I've only been back to the metropolis a few times, but I kinda sorta knew where I was going, so I mapped out some of the tourist spots in midtown.

I met up with Courtney and her beautiful family at their hotel. After swapping a signed copy of 31 More Halloween Nights for a signed copy of her long-awaited Shadow's End, (SQUEE!) we boarded a bus to Manhattan and started our day from the Port Authority Bus Terminal. 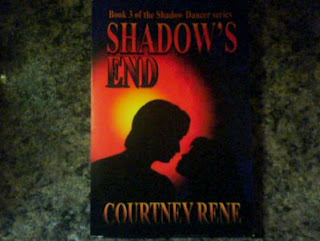 We walked up 42nd Street through Times Square, and then through a beautiful, but disappointing-because-of-renovations Bryant Park, and then on to the NY Public Library. 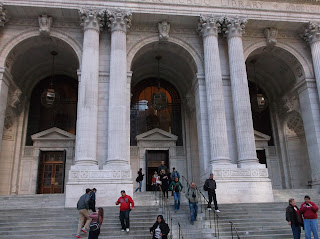 Oh my! What a building! 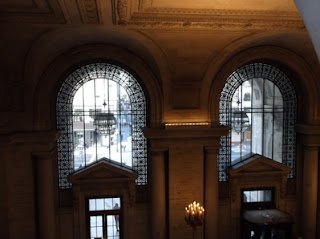 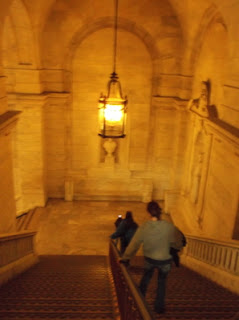 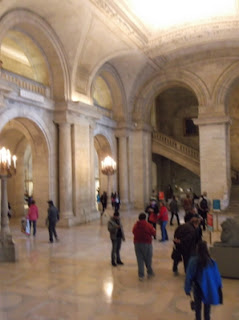 Of course, we checked out the two large rooms in the children's area, but there were no books in sight by Courtney Rene. :(
But the library had lots of marble and stairs.
They had old wooden phone booths and lots of stairs. There were individual rooms of books and inside those rooms were stairs. Did I say there were an awful lot of stairs? 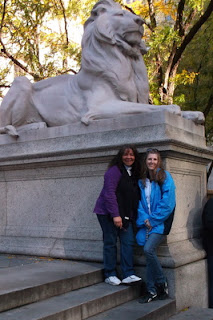 Me & Courtney standing on the stairs in front of the library.

We walked up to Fifth Avenue and made our way to the American Girl store. We saw lots of overpriced dolls, matching girl/doll clothes, and bug-eyed little girls mentally writing their Christmas lists. Who wouldn't want Santa to bring them a $150 dollar baby grand piano for their doll? 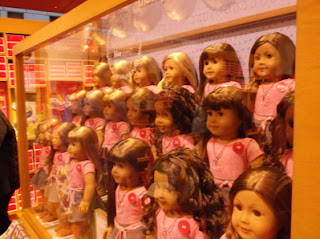 Aren't these dolls kind of creepy? Makes me think of Stepford Children... 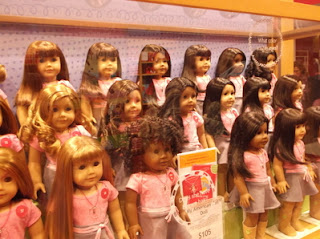 St. Patrick's Cathedral was also going through some restorations. This church is almost as beautiful as St Paul's Cathedral in London, but not nearly as massive. For $2.00 we could have lit a candle (a stub of wax) at one of the many devotionals for different Saints, but we decided to move on. 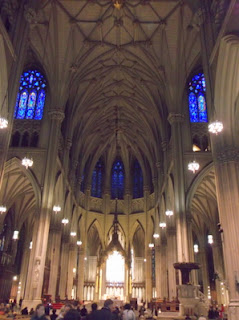 We made a quick detour into Rockefeller Center. No tree yet, but the skaters were already on the rink. 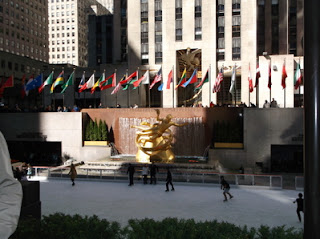 After a yummy lunch at Five Guys, we popped into Nintendo World, a pokemon-lover's paradise! I thought of you, Amanda! 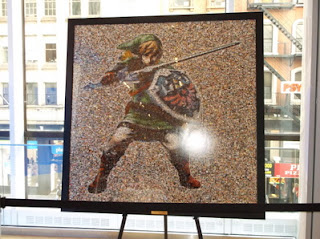 This picture of Link is made up of thousands of fan photos. 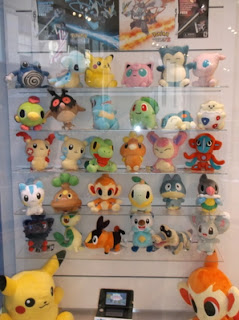 We did some souvenir shopping, a couple of stops for coffee, and got sucked into a chocolate store. Our noses were pressed up against the glass, trying to choose the perfect piece of candy, but I never thought to take a photo of the little works of art.

We were running out of time, so we headed straight for the Empire State Building. We waited and talked and waited some more. We made it to the observation deck without giving in to the urgent advice someone yelled at us every 15 minutes: "...There is nobody on the deck to tell you what you are looking at. You NEED one of these maps. We have maps in 10 different languages..." 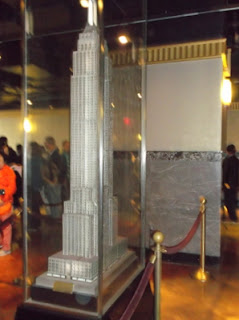 We were fine without a map. 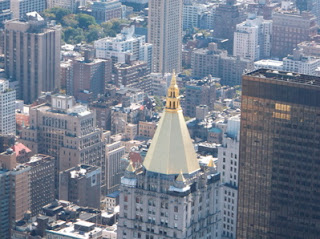 It was a beautiful clear day, and not as cold as I feared it would be 80 stories above New York City. 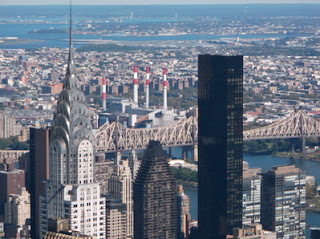 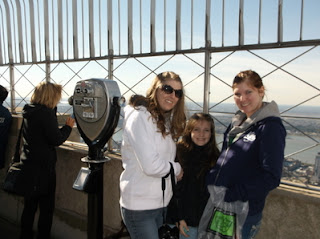 Courtney and her gorgeous daughters. 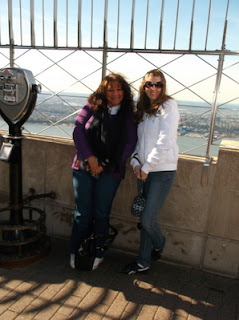 
When I was getting ready that morning to meet Courtney, I was excited, but also a little nervous--like a fan-girl meeting her favorite author. But our easy conversations and lots of silliness (including duck-lipped, hiding-chins Empire State souvenir photos) seemed like we'd known each other forever.

Thankfully, I only got everyone lost/side-tracked/turned-in-the-wrong-direction once and we made it back to the hotel safely.

Why not meet us there?

October is the tenth month of the year and one of seven months with a length of 31 days. In common years, January starts the same day of the week as October, but no other month starts on the same day in leap years.

October is associated with Autumn in the Northern Hemisphere. It happens to be my favorite time of year. I love the crisp Autumn air and the gorgeous colors. And October is the month my daughter was born, 25 years ago. Happy Birthday Amanda!!

October's birthstones are pink tourmaline and opal. It's said that an opal will crack if not worn by someone born in October.
The birth flower is the calendula.

And for all of you sports lovers, here's a tid-bit for you:  The last week in October is the only time of the year when all four major North American Sports Leagues schedule games.

I have lots of stuff for you this month!!

First week of October--Children's Book Week (England)
(9/30-10/6)--Banned Books Week
(10/7-10/13)--National Fire Prevention Week
October 2--International Day of Non-Violence (Shouldn't this be everyday?)
October 5--International World Teachers' Day
October 9--National Children Appreciation Day (Not sure if we should let them know this...)
--Leif Erikson Day (Get your Viking on!)
October 12--Freethought Day (The anniversary of the effective end of the Salem Witch Trials.)
Second Monday of Oct--Columbus Day (Most of the US)
3rd Week in Oct.--Teen Read Week
October 16--World Food Day (A global movement to end hunger.)
October 20--Spirit Day (Wear the color purple to show support for LGBT young people who are victims of bullying.)
October 21--Apple Day
October 28--Ochi Day (No Day) in Greece (The anniversary of when their Prime Minister said "NO" to Mussolini in 1940.
October 31--Halloween, Samhain.

National Month for: (There are a whole bunch of them!)

So, which day are you celebrating?
Posted by Denise at 7:00 AM 6 comments: 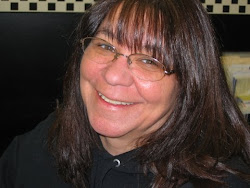